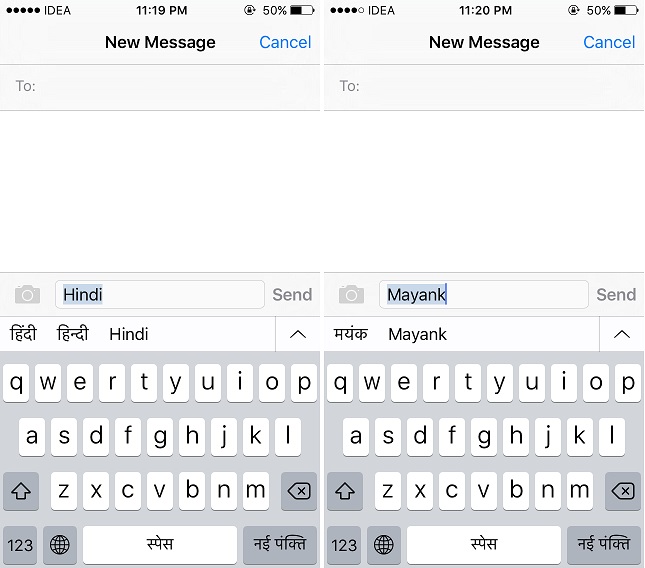 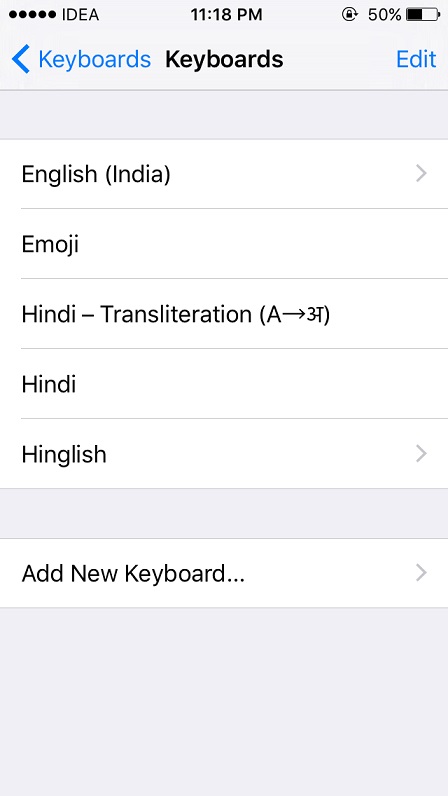 Couple of months back Apple announced iOS 9 during its WWDC. Apple seeded the beta version of the software to registered developers. The company has also started public beta testing program with iOS 9.

I am testing the new Apple iOS 9 beta on my iPhone since last month. The company has added several new features to latest iOS version. The final version is expected to be released next month.

With iOS 9, Apple has keep the Indian users in mind and added several new features specially for Indian users. iOS already supports Hindi language and has a Hindi keyboard through which you can type in Hindi.

As you see in the image above, typing Hindi shows हिन्दी under predictive text box. It shows all possible type of combinations, you can select the correct Hindi word from the box. It works perfectly, we have tested it some very difficult words and it worked flawlessly. 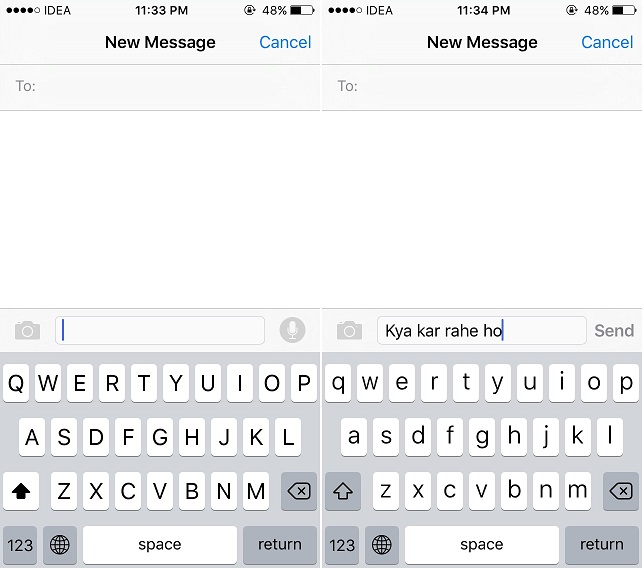 Apple’s new Hinglish keyboard allows you to write both Hindi and English words without correcting you. When the Hinglish keyboard is selected, the predictive box is not there, so that you can type the sentences easily.

Apple will release the iOS 9 update to all supported iPhone, iPad and iPod Touch devices. It will be released to public next month. 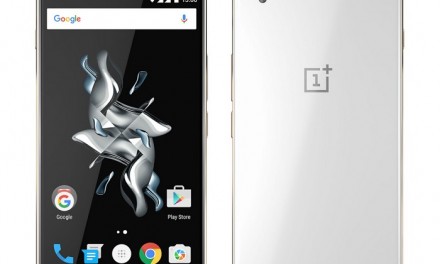 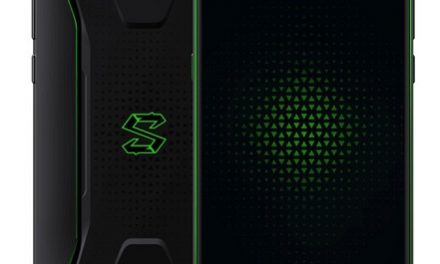 Samsung Galaxy On7 Pro available for Rs. 10,190 in India on Amazon